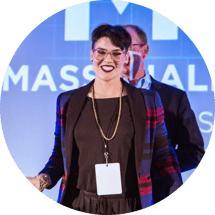 Coming off of her 100K Pitch win for her company Men's Gold Boxx, a Big &Tall men's Luxury Clothing subscription box, at Mass Challenge Texas in late 2019, lifelong Retail entrepreneur, Cristina Rodgers made a covid pivot into the disability space shortly after the pandemic hit, and learning she had a rare physical disability of her own: hEDS. Wanting to make a product that would help blind and visually impaired shop easier in the wake of the lockdown, she co-founded Ravenseye.io, an application to help websites become actually Accessible, not just barely "compliant." She is now the COO at Euphoria.lgbt, a suite of apps specifically designed to aid the user along their journey of gender identity and expression, facilitating the accessibility of life-saving information to the Trans Community. Cristina is a passionate voice for Queer, non-Binary, BIPOC, and female entrepreneurs, and never misses an opportunity to speak about DEI & Accessibility or to the Youth about choosing entrepreneurship. Cristina has just been accepted into her 7th Accelerator, New Chip, and aspires to be a representation for anyone who identifies as "Other."

Hardships from losing his medical studies, US Army and engineering careers to legal blindness disability, inspired him to invent and patent a solution that reads and responds to human brain waves, to provide hands-free vision augmentation and reading assistance.

He is the founder of Think and Zoom, a startup that is "creating a world where visual impairment no longer steals dreams or kills careers" and creator of “Kenti: free bird”, a brain-controlled mobile game, and winner of Apple WWDC (World Wide developer Conference) award. As a Disability Innovation Advocate, he has spoken across 6 countries, 4X TEDx, 3X US Congress, and 2X United Nations, as well as 3x at American Academy of Ophthalmologists, Johns Hopkins Medicine, USC Keck Medicine, 3X SXSW and many other stages. And for his work as a global mentor that has impacted over 1,000 STEM students, he was awarded the Presidential Service Award by US President Barack Obama. Previous work experience include software engineering roles at Lucent, Goldman Sachs & Co and IBM. He has a B.Sc. in Computer Engineering from the University of Illinois at Chicago, and Innovation certificates from NSF, MIT, Harvard Medical and Harvard Business School.

His motto is to  “Always Look, Think and Zoom into a better, brighter, future!”
More info at www.ZubyOnwuta.com and www.thinkandzoom.com 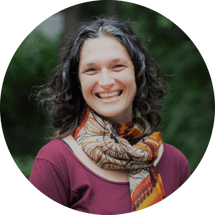 Megan Lawrence is the Sr. Accessibility Technical Evangelist at Microsoft with 15 years of experience working with the disability community. Dr. Lawrence builds trusted relationships with customers, NGOs, and Assistive Technology partners to further Microsoft’s mission of empowering every person and organization to achieve more through the lens of inclusion. Megan works deeply with customers and the disability community to keep them up-to-date on the latest at Microsoft Accessibility including how we can partner with organizations to help build cultures of digital inclusion and how accessibility is the path to innovation.
Dr. Lawrence is the co-chair of the People with Mental Health Conditions discussion group within the Disability employee resource group at Microsoft. She leads the Accessibility User Research Collective (AURC), a partnership with the Shepherd Center, as a way to improve the accessibility of Microsoft products through feedback from people with disabilities. This project engaging the disability community to helps shape the future of technology at Microsoft.
Outside of Microsoft, Megan is a board member of the Mental Health America Workplace Advisory Board and the Rehabilitation Research and Training Center on Employment of People who are Blind or Have Low Vision. 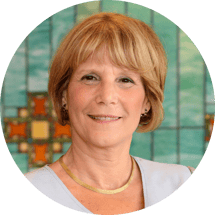 Carol Glazer is President of the National Organization on Disability, the nation’s oldest civil rights organization representing all of America’s 61 million people with disabilities. In her fifteen years as President, Carol has transformed NOD into the country’s premier resource on disability inclusion through its Disability Employment Tracker, its Corporate Leadership Council and its professional advisory services helping companies with talent acquisition. In 2018, Carol and her team the launched the Look Closer awareness campaign, powered by nine major brand name companies. In its first six months Look Closer garnered 75 million media impressions, with social media following growing daily. Working side by side with NOD’s Chairman, Tom Ridge, former Governor of Pennsylvania and our country’s first Secretary of Homeland Security, Carol has united the country’s fourteen largest disability organizations of all political persuasions, around the issue of disability employment.
Carol is a speaker and subject matter expert on issues regarding the employment of people with disabilities and has addressed audiences at national conferences, corporate forums, and higher education institutions, among others. Some of Carol’s commentary has appeared in The New York Times, USA Today, TIME, the Wall Street Journal, and The Huffington Post, where she maintains a blog on disability employment-related matters. Carol has also appeared on nationally syndicated television and radio broadcasts, including The Today Show, Good Morning America, National Public Radio (NPR), Disability Matters with Joyce Bender on VoiceAmerica, The Business of Giving with Denver Frederick on AM 970, and Connections on WXXI News.
From 1998 to 2006, Carol advised foundations, universities, and nonprofits fighting poverty in inner-city communities, having served as Vice President and Chief Operating Officer of the Edna McConnell Clark Foundation between 1996 to 1999.
From 1985 through 1996, Carol served as Senior Vice President for National Programs at Local Initiatives Support Corporation (LISC), the nation’s largest community development intermediary. At LISC, Carol held various positions related to LISC’s growth from a nonprofit with 30 staff members and $20 million in assets, to a 500+ staff, $3 billion banks for inner-city housing, economic development, and quality of life projects.
Carol holds a Master’s Degree in Public Policy from Harvard’s John F. Kennedy School of Government and in 2012, was awarded an honorary Doctorate of Humane Letters by Allegheny College for her work on behalf of individuals with disabilities. She has two children, one of whom was born with hydrocephalus and has physical and intellectual disabilities. 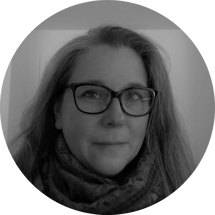 Jen Smith has more than 18 years of experience leading and managing traditional, digital, and emerging technology projects for nonprofit, government, and for-profit organizations. She has a passion for accessibility and has been working on making digital spaces more accessible since 2007. At Microsoft, she is a Senior PM of Accessibility with a focus on compliance and accessible design. Before that, she served as a Senior Accessibility Subject Matter Expert at JP Morgan Chase and has worked for the Centers for Disease Control. Jen started her career as an on-air newscaster with an NPR affiliate station in Oklahoma City after graduating from the University of Oklahoma with a degree in broadcast journalism. 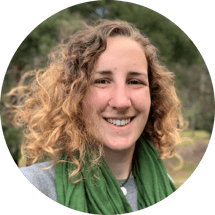 Wendy Fox leads the design system team at LogMeIn, the company behind work-from-anywhere solutions such as GoToMeeting, GoToConnect, and LastPass. She helped to create the foundation for how LMI embeds accessibility & inclusion into products and has activated a community of employees to participate in this effort. Her Ph.D. on the perception of subtitles has influenced film design; for the documentary “Notes on Blindness”, she developed innovative subtitles using color, motion, and placement, that benefit deaf and hard-of-hearing audiences. She also publishes eye-tracking & EEG research about subtitle processing and is a juror at the German Future Award.
When not working, Wendy enjoys outdoor sports such as trail running, climbing, and hiking, as well as spending time with her family, her senior dog Ole, and video games.

Melissa Dobbins is many things; entrepreneur, engineer, analyst, product strategist, mother, Star Wars enthusiast, leader, avid writer, USC Trojan, wife, science fiction fan, speaker, artist, etc. While she has many facets, none can define her. Just like everyone else, Melissa is more than a description on a piece of paper. She founded career.place because she believes everyone deserves to be evaluated for their true potential and not by the biases triggered by a few words.

Career.Place is an anonymous candidate screening platform that helps organizations hire more effectively without bias. By removing bias, organizations open the door to a wider candidate pool while driving diversity, efficiency, and compliance. It does this by replacing bias-laden resumes and time-consuming screening calls with a structured blind process that equips the hiring team with the ability to easily and objectively identify those best qualified for the job. Career.Place, removing bias one hire at a time. 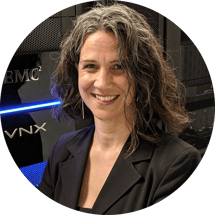 Teresa Thomas is The MITRE Corporation’s Program Lead for Neurodiverse Talent Enablement and has a long history of advocacy for neurodiverse populations. She has been a house parent in a group home for adults with high support needs, is now a parent of an adult on the autism spectrum and is active in the MITRE Corporation's Inclusion and Diversity programs.
Teresa is designing and leading the MITRE Federal Neurodiversity Cyber Workforce Program as well as spearheading MITRE's efforts to pilot a neurodiversity co-op program, both focused on providing opportunities for autistic individuals in cybersecurity and other high tech roles.

Time for the Startup Showcase!

Welcome to the Startup Showcase at Accessibility in Tech Summit presented by Microsoft! 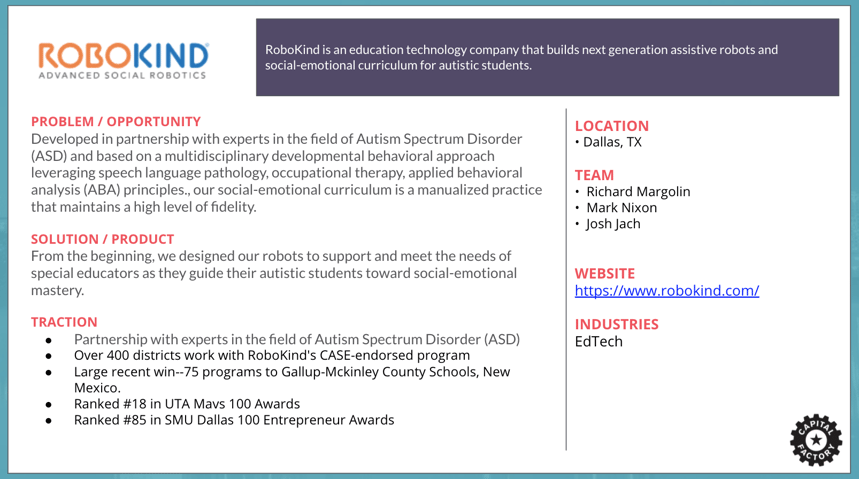 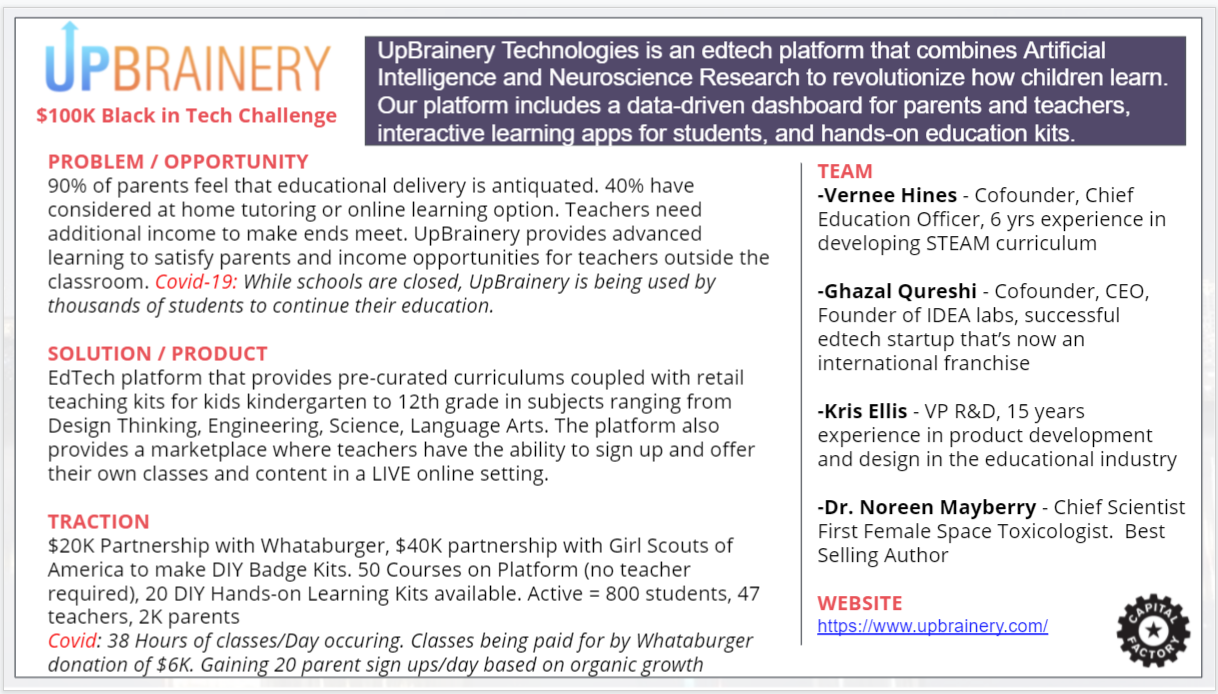 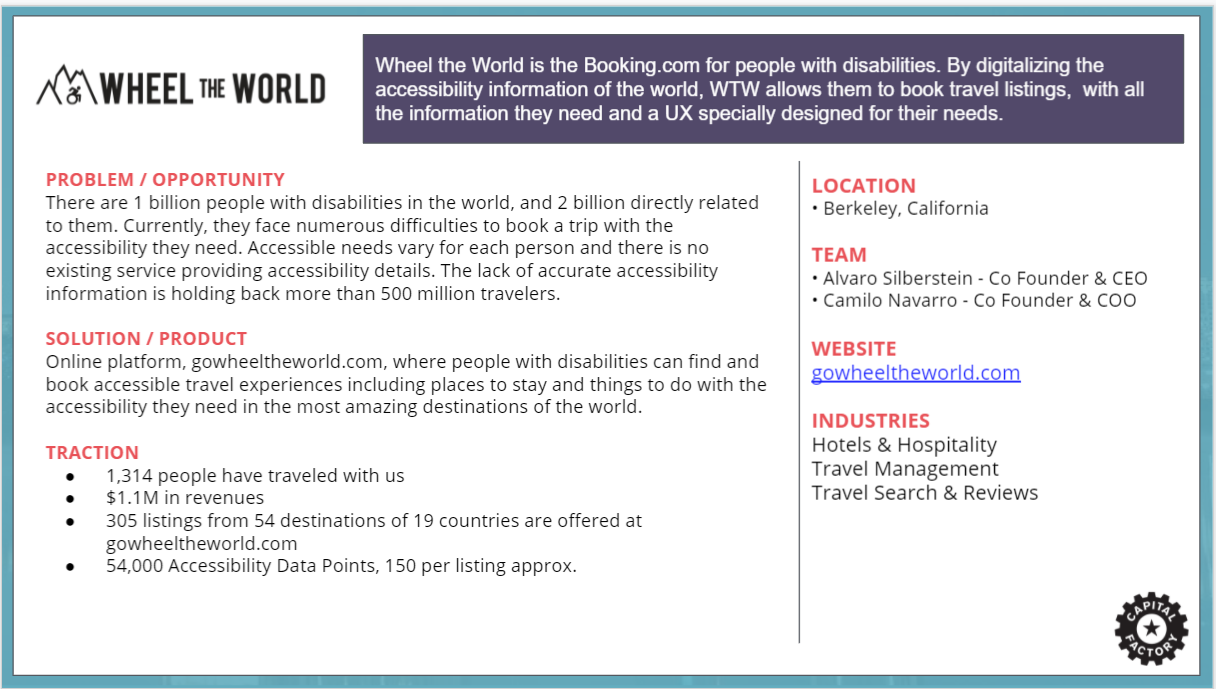